The objective of the report is to explore the emerging, novel, and innovative trends in the field of “Antimicrobial Resistance & Therapeutics” that lay the foundation of the market. The study will include various therapies that have been developed to combat Antimicrobial Resistance. The commercialization aspects such as Products, Existing companies, Startups are also discussed.

Report on Trends in Therapies for Antimicrobial Resistance

Due to the comprehensive use of antibiotics, the existing therapies are not able to counterbalance the effect. The regular use of antibiotics has developed multidrug-resistant pathogens. To get more information about technical innovations to combat antibiotic resistance, click here.

An antibacterial strategy with bacteriophages (phages) is being worked upon. It is termed phage therapy. Phages are specifically targeted bacterial viruses and are known for multiple antibacterial effector functions. Therefore, they are capable of reducing multidrug-resistant infections. Recombinant phages are being developed to deliver the antimicrobial proteins in target bacteria.

The phage adjuvants have a promising future. The experts of Signicent can help you in finding existing gaps, routes of administration, phage selection, dosage, phage resistance, pharmacokinetic and pharmacodynamic properties as well of the phages.

The usage of probiotics is known for improving the gut microbiome. A lot of probiotic strains are under trial. The Lactobacillus and Bifidobacterium have been used for the treatment of various gastrointestinal infections. The potency of the yeast Saccharomyces boulardii, and of nonpathogenic strains of E. coli and Bacillus spp., is also being explored.

The link between acid tolerance and probiotics is under assessment. It is a known fact that probiotics can encounter acidic environments during digestion. Bifidobacterium animalis subsp. lactis BB-12 is considered to have a high tolerance for acidic conditions. The bile salt hydrolase enzymes, limiting harm from bile salt exposure in the intestines.

These peptides are facially amphiphilic and their cationic domain engages in electrostatic interactions with the negatively charged bacterial cell surface, while the hydrophobic domain interacts with the lipids of the bacterial membrane.

This technology includes the introduction of the microbiome from a healthy donor to a diseased gut.

Temperate phages were used to deliver the CRISPR-Cas system into the genome of antibiotic-resistant bacteria.

Lysins can be engineered to kill several pathogens including Gram-negative bacteria. These enzymes have attractive features that they do not activate an adverse immune response and a raise of resistance is very unlikely.

One of the richest sources of AMPs is the amphibian skin of the Rana genus. Temporins, isolated from the skin secretions of the European red frog Rana Temporaria, are isoforms of AMPs. The isoform L (temporin L, TL), is a highly potent AMP with activity against both Gram-positive and Gram-negative bacteria.

The Antimicrobial Activity of Lipopeptides

The library of lipopeptides by the addition of fatty acids of variable length at the N- and C-termini of peptide were designed. The antimicrobial activity- of lipopeptides was initially assessed against the bacterial strains of P. aeruginosa ATCC 27853, K. pneumoniae ATCC BAA-1705 and S. aureus ATCC 25923 by evaluating their minimal growth inhibitory concentration (MIC). Different peptides were evaluated and out of those, 2 peptides were further accessed against clinical strains of multidrug-resistant P. aeruginosa, K. pneumoniae, and S. aureus (MRSA). It was seen that both the peptides were able to efficiently inhibit the growth of all the tested clinical strains.

According to the CDC, the incidence of antibiotic-resistant infections is more than 2.8 million in the U.S. The pathogens such as Enterobacteriaceae, P. aeruginosa, and K. pneumoniae have a high resistance rate of an average of 40% in developed countries.

Recent drug approvals and robust pipeline and Initiatives from government agencies. The increased efforts of pharmaceutical companies for the development of novel therapies to treat infectious diseases are expected to drive the market over the forecast period. The heightening morbidity of infectious diseases along with rising awareness is aiding in expanding the market. Also, the support from government legislation boosts the market. Additionally, inclining antibiotic resistance infections is laying a strong foundation for novel therapies and antibiotic therapeutics

Increased growth of Microbial resistance and investment in R&D.  Increasing disease burden is compelling government and non-government bodies to invest in R&D initiatives and boost the development of novel antibiotics and supportive regulatory policies to expedite the approval process and research funding.

The global antimicrobial peptide market is highly fragmented and valued at USD 1.06 billion in 2015. It is anticipated to grow at a CAGR of 7.5% through the forecast period of 2019-2035.

Growing demand for the treatment of cancer, HIV, and diabetes is the underlying growth factor.

As every industry faces some challenges, this industry is affected by the high initial investment. Also, the manufacturing cost of peptides is a pressing point. Currently, under clinical trials, the stability, as well as the half-life of peptides, is a bit concerning.

In 2012 SIRTURO® (bedaquiline) was approved by the FDA, a medicine for the treatment of multidrug-resistant tuberculosis (MDR-TB) as part of combination therapy.

In 2015 Partnership with USAID and JSC Pharmstandard for the distribution of SIRTURO happened. In 2017 Drug Assessments. Drug Resistance Emergence Assessment in MDR-TB (DREAM) to check the prevalence of resistance to bedaquiline

In 2018 R&D Investments Partners to improve detection of undiagnosed cases of TB, broaden access to bedaquiline for MDR-TB, and accelerate R&D to discover next-generation TB treatments.

PAN-TB collaboration: In 2020 Focuses on Treatment regimens comprised of medicines to which there is limited or no drug resistance and that are ready for Phase 3 development.

Partnership: In 2021 Joined with more than 20 leading pharmaceutical companies with a goal of bringing two to four new antibiotics to patients by the end of the next decade.

In this section of the market report, the startups that are significantly working in the field of Antimicrobial resistance & Therapeutics are being listed. Further, drugs/antibiotics for each startup are given which are in the trial phase.

AGILeBiotics: Founded in 2017 in Germany, produces Oframicin which is undergoing preclinical development and is already delivering in-vitro results.

Bugworks: Founded in 2014 in India, introduces GYROX for targeting gram-positive and Gram-negative Bacteria.

In this section of the market report, extensive information is available on recent partnerships.

ICMR: The Indian Council of Medical Research (ICMR), the apex body in India for the formulation, coordination, and promotion of biomedical research, is one of the oldest medical research bodies in the world focusing on the research on antimicrobial resistance.

The GARDP and ICMR have signed a Memorandum of Understanding (MOU) to explore joint opportunities to tackle antibiotic resistance in India and globally. This collaboration will strengthen the R&D in the area of antimicrobial resistance, for the development of new treatments, clinical trials, and the registration of the new treatments for use with priority populations.

In this section of the market report, the key companies and biotech-based manufacturers are listed. Some of them are extensively developing novel therapies and the global market is wholeheartedly acknowledging these products. Some influential players across the globe include: 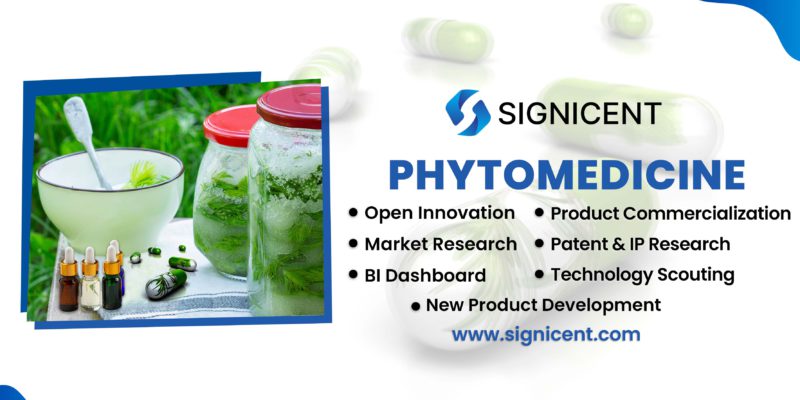 Phytomedicine Report: Why Everyone Is Looking For Herbal Products?

Phytomedicine can be defined as an herbal medicine with therapeutic and healing properties. Phytopharmaceutical...