Does X-Men, Spiderman & Hulk like Superheroes exist in reality? Yes…

Homo Superiors are superior Homo sapiens or super humans. This superiority can be beautiful, interesting and magical. Most of us have seen super hero movies like X-Men, Spider man, Deadpool, Hulk where normal men undergoes mutation and turn into super heroes having special body abilities. So are those movies just fiction or does such super heroes exist in reality? The short answer is, yes they may! 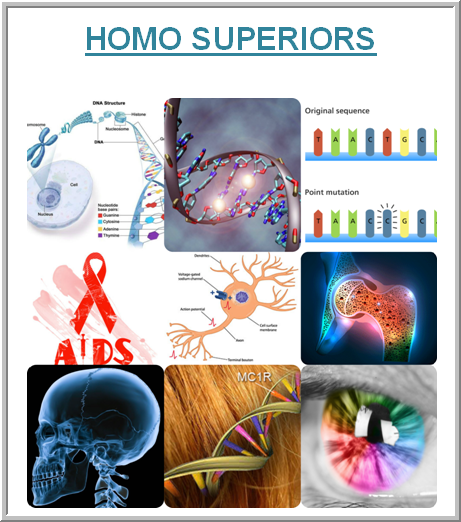 What causes this superiority in humans?

The answer lies deep within us, not in our heart! Deeper in our genes or more precisely the changes which occur in coding of our genes.

Genetics call these changes “Mutations”. Like every coin, mutations can also have two sides – ‘beneficial’ and ‘lethal’. Lethal mutations can give rise to diseases like cancer but beneficial mutations allow us to evolve with time adding new features in our DNA.

As an interesting example, we have evolved to digest animal protein like milk with the mutation in single nucleotide in which the DNA letter (base) cytosine changed to thymine in a genomic region not far from the lactase gene. It means millions of years ago humans were not able to digest animal milk but now we have evolved to do so only because of this wonderful mutation. And more interestingly what we call ‘lactose intolerance’ is completely natural as lactose intolerant are those who have not evolved with lactase mutation yet.

All of us have heard of or read about X men but what X men are in reality?

Homo sapiens are still evolving with some beneficial mutations which give them an edge over other normal mates in terms of survival making them X men of real world. Let me introduce you to some of these interesting mutations.

No fear of Viral Infection! 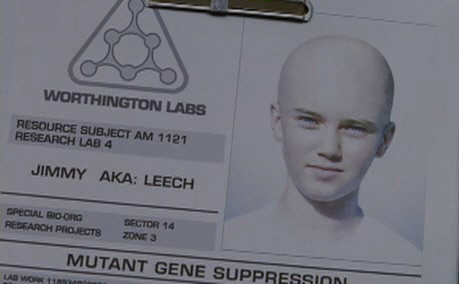 Remember the character of a bald kid, Leech who had the abilities to cure? Among us there exist mutants for example who are immune to HIV infection and can help others too in becoming resistant to HIV.

Yes, every virus needs a gateway to enter and attack our body. HIV (Human Immunodeficiency Virus) is no different. HIV enters body by attacking CD4 (Cluster of Differentiation 4), a protein which is expressed on the surface of the immune cell and reprogramming the protein for its own benefit. This attack is mediated by another protein CCR5 which is a co-receptor of CD4 i.e. works with CD4. Mutation in the gene encoding CCR5 results in smaller protein closing the door for HIV to enter human body.

In this way mutation gave some humans a shield against a deadly disease.

No fear of Pain!

Remember the character of HULK which was so strong to nearly absorb almost any physical pain? The first question to ask is, how do we feel pain? Sensors are present in skin which sends a message through messengers (nerve fibers) along a pathway via spinal cord to the brain where the pain sensation is registered, processing of the information takes place and the pain is felt.

Now what if this pathway of messengers is blocked? Yes, you got it right, no pain will be perceived. It happens in few rare humans with mutation in the SCN9A gene. This gene encodes a type of sodium ion channel. The mutation blocks the pathway that nerve signals take on the way to your brain, and as a result, these individuals feel no pain.

The connection between hair color and pain tolerance?

It’s Genetics here as well. A gene MC1R which is responsible for producing the brown skin pigment melanin. A certain kind of MC1R mutation induces red hair and also limits production of melanin. This MC1R mutation also releases a hormone in the brain that mimics endorphins, natural pain relievers. This ultimately affects how the body receives pain signals from the brain. Therefore, redheads can take smaller doses of drugs to reach the same level of pain tolerance as others.

Break my bones if you can!

Remember the character of Unstoppable Juggernaut or even more famous The Wolverine, having strongest unbreakable bones! We all know bones makes our body mobile made up of calcium and other minerals. Some have strong bones some have weak depending on the minerals. When met with an accident they break which we call fracture.

But what if they don’t break!

Yes, it is possible! Again because of an uncommon gene mutation in LRP5 gene which manages bone mineral density imparting extremely dense bones in some people that are virtually unbreakable.

What makes us see different colors? Why women can differentiate between similar colors more efficiently than men?

Well, there are three types of cone cells L, M and S which makes us see this colorful world. L type cones reside on chromosome 7 but the other two on X chromosome, yes, the female chromosome. Since men have only one X chromosome as compared to two X chromosomes of women, women have an edge on the variety of colors.

But there are some (12%) superwomen who own fourth cone cell mutated useful for differentiating large number of wavelengths, and owner of this mutation gets lucky to see 100 times more colors that maximum of us can’t. This also refers to Tetrachromacy.

The gene which controls their healing factor is Lin28a. We all have this gene active in our early stage of development and silenced once we grow up. The gene reprograms mature tissues, giving them stem cell-like (regeneration like) powers. In case of Wolverine and deadpool, due to mutation they have this gene active throughout their life giving then instant healing and regeneration powers.

So, these interesting examples conclude that among us there exist X men or mutants in reality not as powerful as fictional X men but having something different in them.

So far we have seen some interesting dominating mutations occurring naturally in few humans making them superior in one or other aspect. Isn’t it possible in future for these mutations to spread among all humans like the one which enabled us to digest milk! What if there are some great mutations waiting to evolve human race to another level.

Superheroes have been trying to solve mysteries and investigate alien attacks to protect...