Intellectual Property Office at New Zealand (IPONZ) rejected Henry Soo Lee’s application that attempted to trademark labels related to six anti-bacterial properties of Honey. The major reason stated for this rejection was that this could mislead consumers and had a strong opposition from UMF (Unique Manuka Factor) Honey association also. IPO also ordered Mr. Lee to pay $6860 as a cost to UMF. 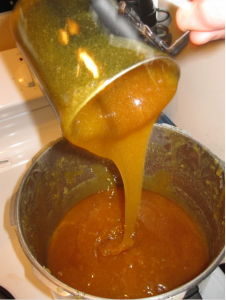 According to the resources Mr. Lee, a director and a shareholder of many companies associated with health supplement and honey applied for four trademarks for Non-peroxide Activity (NPA) labels and two for Total Activity per cent (TAP) labels to be used for honey products but the association claimed that the application reflected the misleading nature which Me. Lee stated that was not his intentions.

Honey has hydrogen peroxide that imparts it some anti-bacterial activity referred to as peroxide activity which is unstable and has tendency to degrade with heat and light. Therefore according to association it would be false to label the product with a specific TAP level because the level of PA at the time of testing and at the time of consumption would not be the same. The association also reasoned out that his is one of those 38 companies that have received licence to use UMF Honey Association label and his trademarked label would be a direct competitor to the association’s one and that would also be against the licence’s terms and conditions.

Manuka honey has special antibacterial properties that are more stable than other qualities of Honey available in Market. The association had the responsibility to keep a check on the quality and maintain transparency with the consumers. NPA measures the antibacterial quality of manuka honey. More the NPA level, more would be the cost, therefore it focuses on the NPA as a measure of quality and tries to maintain its integrity and reliability.