MSDx Patents on Detection and monitoring of Multiple Sclerosis

Major aim of MSDx, Inc. is to commercialize In vitro Diagnostics (IVD) and Research Use Only (RUO) blood test products used in checking autoimmune and neurological disorders. The company was recently granted patent by United States Patent and Trademark Office that would give it proprietary over others for detection and monitoring of Multiple Sclerosis (MS) in a patient.

The patent entitled as ‘Methods of detecting a neurological condition via analysis of circulating phagocytes’ describes a method that would use patient’s spinal fluid and blood as a sample to detect and monitor nervous disorders and inflammatory conditions in his body. It also covers the novel biomarkers discovered by their team that are used as the reflection of the disease and the method for the detection of the same. The presence or absence of the biomarkers in a recirculating phagocyte indicates the changes taking place in the condition of brain. 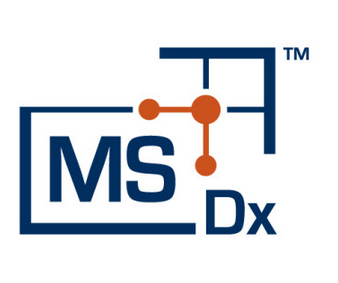 These biomarkers can also be used to monitor the disease progression and how patient responded to the drug therapy given to him. It also predicts the chances of re-occurrence of the disease and hence can help in drug development as well. The novel approach used in this technology is analysing the neurodegenerative activity of the brain indicated by digestion of brain debris by phagocytes. Success in MS may lead to use of this technology for diseases like Parkinson’s disease, Alzheimer’s disease, and Traumatic Brain Injury. Using this technology, the health care costs may reduce and 2.5 million patients suffering from MS may be given services.

Currently, many patents filed by MSDx, that deals with ways and means to detect and monitor MS and other neurological disorders are still pending in USPTO and the company is quite hopeful for the grant of rest of the patents; with these grants it will be leader in commercializing assays for neurological checks.