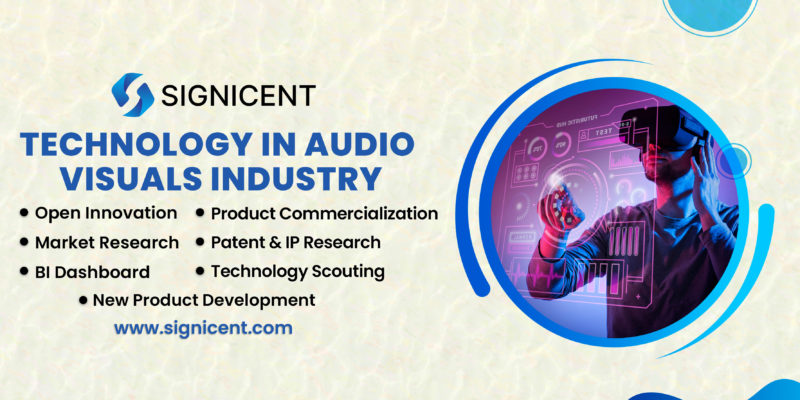 Networked AV Report demonstrates the innovations and emerging technology in the domain of the Audio Visuals industry. AV over IP systems has some key benefits like being highly scalable, easy to install, cost savings, and secure & manageable. With sales of networked AV products increasing by 130 percent year-over-year, it now has a very significant role to play.

Networked AV has been around for more than a decade. It appeared as a revolutionary innovation in the AV industry for its potential to transmit data from multiple sources to a huge number of outputs. AV over IP is the transmission of audio, video, and other signals over the internet, LAN, or WAN networks.

A higher-rate MCS can result in a failed transmission. In this case, retransmission is required, which largely degrades the system throughput. The physical capacity of the network over which the IP packets are passed may not be able to physically route the IP packets. Therefore, there is an increased risk of AV data being sent as IP packets to multiple devices in a format or resolution that is not of the highest available quality that the receiving device supports.

Networked AV report hereby discusses advancements in AV networks. A convolutional neural network framework for adaptive modulation and coding (AMC) is presented. The SDN controller manages the flow of data traffic around the network according to forwarding policies put in place by the network administrator. The monitoring device acts to check compatibility and issue a warning when an incompatibility is detected.

Networked AV report talks about a simple, yet powerful, loss function to reduce the number of retransmissions due to higher-rate MCS classification errors. Since wireless channels change significantly due to the surrounding environment, a huge dataset is generated to cover all possible propagation conditions.

It is necessary to understand the evolution of the AV networks therefore the networked AV report discusses evolution. Remove the need for proprietary hardware by replacing it with one standard, commercially available server that connects your multiple AV sources directly to your video wall screens across the network. For high availability add a second failover server.

The Maevex 6152 decoder features unprecedented decoding support of up to four 4K streams, or many lower resolution streams, from a single standalone appliance. Users can address one or more streams per display by selecting from an assortment of pre-configured layouts for each screen. Combining seamlessly with both Maevex 6100 Series encoder streams and industry-standard H.264 third-party encoder streams, Maevex 6152 makes it easy to create advanced and integrated decoding solutions.

For reducing training complexity, we train the CNN model using part of the dataset. The effect of different subdataset selection criteria on classification accuracy is studied. It is shown that some criteria for dataset selection consistently behave better than others.

The increasing need to transfer more complex data over longer distances by IP transmission systems is driving the market. Using IP AV technology is relatively new and perceived as expensive. However, with the growing adoption of smart home devices. The use of IP AV Technology is becoming more acceptable and adopted.

ZyPer4K (SDVoE): ZeeVee Inc has made a product using industry-standard CAT 6a cables, or fiber. It helps in sending audio and video from HDMI, SDI, Analog, and DisplayPort sources up to 100 meters and using the USB port, control keyboards, mice, and cameras directly over the network.

UBEX-MMU-X200: Lightware has developed UBEX-MMU-X200 is a Matrix Management Unit (MMU) for the UBEX AV Over IP optical extender product line. With a standard Ethernet switch installed as a crosspoint, a virtual matrix can be created with UBEX devices connected to the IP network as input and output endpoints. The virtual matrix established requires to be managed and controlled by the MMU also connecting to the Ethernet switch.0

Blustream offers a range of presentation switchers, signage routers, and distribution products including 4K 18-gigabit-per-second 4:4:4 AV-over-IP products, HDMI, and HDBaseT products, and the Blustream Multicast UHD distribution platform over a 1-Gb network switch. Its headquarters are in Australia.

Solotech has acquired Miami StageCraft, a lighting sales and integration company located in Miami, FL. After acquiring Pro Sound & Video, SEAL, and Show Systems in January 2020, Solotech says it is once again expanding its service offering and inventory to better support local clients and ensure growth.