Ranbaxy at back foot: Punjab’s plant (4th in India) banned by FDA

Ranbaxy Laboratories which is one of the largest and reputed companies of India, exports its drugs throughout the world. U.S. is the main consumer of generic drugs made at Ranbaxy but due to one defect found in the drugs of Toansa plant in Punjab, Ranbaxy got a setback on their reputation. This is the fourth plant of India which was banned by U.S. Food and Drug Administration (USFDA). Beside this U.S. also banned the drugs of Ranbaxy plants which are manufactured from Paonta Sahib (Himachal Pradesh), Dewas (Madhya Pradesh) and Mohali (Punjab). Carol Bennett who is the acting director of the Office of Compliance in the FDA’s Center for Drug Evaluation and Research is taking an action to prevent consumption of these drugs by consumers. U.S. authorities, that banned the drugs of different plants of Ranbaxy, charged a penalty of $500 million. 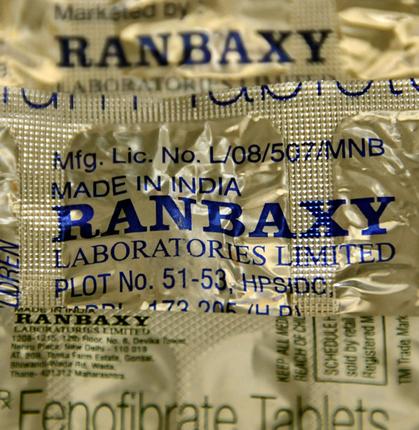 Arun Sawhney who is Ranbaxy Chief Executive Officer and managing Director was disappointed by inappropriate manufacturing of drugs by his company. He told that an appropriate action would be taken in this case. Ranbaxy also committed to the USFDA that it would fully cooperate with it. The Drug Controller General of India (DCGI) has also given the orders of inspection in Toansa plant. This is the fourth Indian plant which got banned by the US FDA. This is a great setback to Ranbaxy Laboratories as it would greatly affect its market value and would create a question on its work efficiency.