Sony has filed a patent for its next-generation gaming peripheral- PlayStation EyePad- Sony’s latest advancement in the series of ‘Eye’ accessories like the PlayStation Eye and the EyeToy, patent number EP2557482A2 It seems as an extension of the concept discovered in the Skylanders game series. 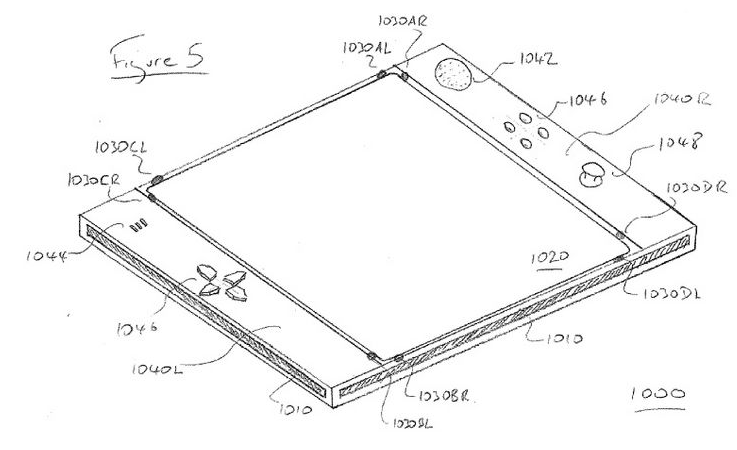 In the photo this device looks like it will be a kind of tablet device that will have buttons available on the side of the device which will be used by people to game with. Sony was unexpectedly passing on the details for the new system in which they have told that it’s a device that will bring game play out of the living room to wherever the person happens to be. More description of a new device is as follows:

Sony’s concept is basically novel and an interesting course of combining the real world with the game world. Perry said “what we’re creating is the fastest, most powerful gaming network in the world.” Moreover Sony has brought up a long list of game developers and distributors that will be supporting this new platform.

Expert reviews “the device seems to be a 3D scanner combined with a motion-sensing surface, the same technology found in Microsoft’s Kinect- in order to create a digital representation, while movement of the objects is tracked using multiple motion sensors.”