BYD company Ltd, specialist in Battery technology in China was awarded 2013 WIPO-SIPO “Outstanding Patent Innovation and Industrial Design” medal. The company is also recognized as the most innovative company of China. BYD also received Award of Excellence from China’s Patent Association for its patent for Electric Vehicle Batteries.

BYD, established in 1995 focused on the protection of IP while working on technology based innovation oriented R&D and also made its image separate from the ones that are IP violators in China. BYD has been working with three of its institutes namely The Auto Engineering Institute, The Central Research Institute and The Electric Power Research Institute; engaging 15,000 engineers for R&D and investment funds for its R&D supported by billions of the task specific dollars. According to State Intellectual Property Office data, BYD has approximately 8,000 foreign and domestic patents issued to its name and over 12,000 applications. With these figures it was ranked No. 6 in “patent generation among domestic enterprises in 2012.” 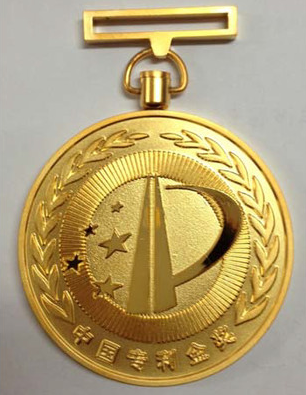 BYD is also the largest manufacturer of rechargeable batteries that are environment friendly and safer as well. Its Iron Phosphate Battery is not only safe but also recyclable with longer life with utility in many fields of automobiles. They are also pioneers in high tech sectors like automobiles, environment friendly energy storage devices, information technology and original design manufacturing services.

BYD was granted its latest patent for SBID (Super-energy Beam Induced Deposition). This innovation can revolutionize special plastic products manufacturing process. It could be used in various fields like mobile communications, computers, medical, electrical and mechanical equipments and many more. The patent grant also broke the monopoly of companies that used to make products for companies especially in mobile phone sector. With such accomplishments BYD comes out as a leader in China’s industries.