Earlier completing foreign exchange payments was very time consuming in Chinese banks as a part of intellectual agreement or technology because it required many registrations with Local Ministry of Commerce (MOFCOM) and Patent office or trademark office. This either delayed payment or made the payments impossible. Therefore to overcome this problem China had released new rules according to which need to obtain prior registration for the completion of such payments was eliminated. This was treated as welcome news as local payors could easily make payments to foreign payees without much of formalities. This change was also a boon to those licensors who license into China and also for the completion of inter-company agreement like cost sharing technology development agreement.

The State Administration of foreign Exchange (SAFE) released guidelines on July 24, 2013 regarding ‘Foreign Exchange Administration of trade in services’ which was to be implemented from September 1, 2013. The new rules were simplified the documents requirements for China onshore payors in converting Renminbi to foreign exchange for cross border payments related to trade-in-services that included cross border royalties payments, transfers and service fees that involved patents, copyrights, trademarks, know-how and technical services. 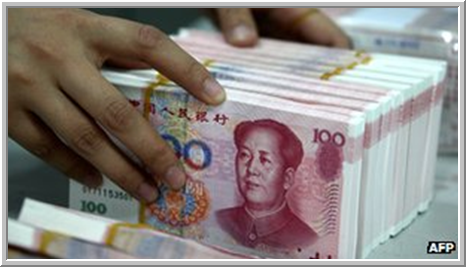 Under new rules for most of the cases certificates for showing completion of registration processes, licences, and other services and agreements with Chinese authorities were not required any more to convert Renminbi into foreign exchange to make payments at China banks. Earlier technical service providers, transferors and foreign licensors had to make agreements and amendments in the documents in order to satisfy the authorities and the strict rules due to which many a time payments could not be made to foreign parties or they were delayed from certain months to years.

The new rule stated that for payments that were equal to or less than USD 50,000 no documentation would be required, but remitting bank may require documents showing nature of transaction from Chinese onshore Payors; if the payment made is more than USD 50,000 Chinese onshore payors may provide three main documents that are agreement copy (IP License, Transfer or technical service), invoice and tax recordation form from State administration of Tax. Payors must pay tax in case of tax recordation befor or immediately after making payments. Though registration certificate is not required but for cross border payments related to technology like patents, copyrights, trademarks, know-how and technical services, as they fall under restricted category, registration certificate should be obtained and presented to bank while making payments. It also stated that no tax recordation would be required for payments below USD 50,000 and any number of payments could be made but intentional splitting of payments to avoid tax and tax recordation requirement would not be acceptable.

Authorities also implemented the rules quickly so as to reduce the documentation but sine the rule is new so it may vary a bit from bank to bank and concerned authorities must be consulted regarding its practice. Also with such modifications in the rules since payment procedure became easy, obtaining licence would be quicker as uncertainty and delays related to cross-border payments have been eliminated.

China would enforce new trademark law on May 1, 2014 that would aim...