There is a surprising newer type of race among the various organizations of the European Union. This race is to trademark the Hindu festival Holi which is popularly known as the festival of color. Hindus have, however strongly opposed this idea. Rajan Zed, who is the President of Universal Society of Hinduism and a renowned Hindu statesman, in Nevada, United States, passed a statement stressing the inappropriateness of the idea of trademarking Holi which is an important part of Hindu tradition and is celebrated by Hindus since ages.

Zed has appealed OHIM that is, the Office of Harmonization for the Internal Market which is concerned with registration of Community Trade Mark (CTM) in European Union as well as its President Antonio Campinos to not permit registration of any Community Trade Mark related to Holi. He has also urged the President to cancel the CTM in case it has already granted it to any organization. 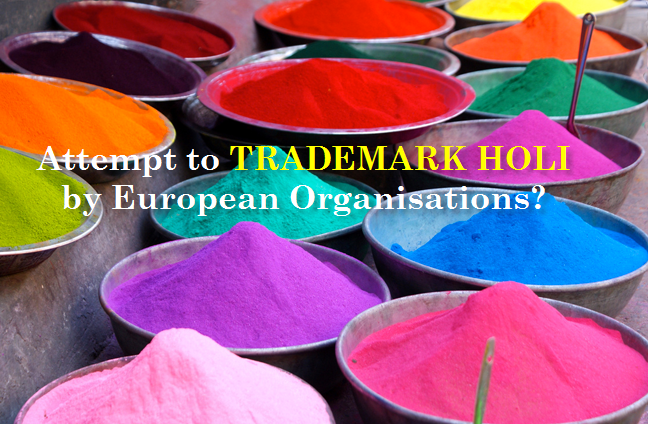 Rajan Zed further argued that if any person or any group wants to celebrate Holi anywhere in the world, he is welcome as it is a universally celebrated festival but its commercialization or its trademarking is inappropriate as it harms the sacredness of this pious Hindu festival. To add to the information; Holi marks the beginning of spring season. It starts nearly 10 days prior to full moon of Phalguna. The major ceremony which is performed in Holi is lighting bonfires which symbolically marks burning of all evils. The festival of Holi also remembers and hence honors the playful acts of young Lord Krishna. In addition to this, it marks the burning of Holika, the demoness, the death of Putana the demoness as well as Kama’a destruction by Lord Shiva. In 2014, Holi would be celebrated on 17th of March.

In order to bring intellectual property protection at Canada more closely to the...