Genzyme, a fully owned subsidiary of Sanofi Aventis has filled an infringement lawsuit against Dr Reddys Laboratories (DRL), an Indian generic drug manufacturing major and has alleged that Dr. Reddys has infringed patents of its blockbuster cancer drug Mozobil. 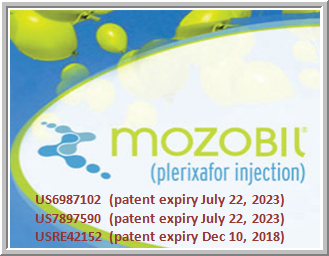 Dr Reddys Lab’s ANDA was submitted to FDA to obtain approval to engage in the commercial manufacture, use, sale and importation of Dr Reddy’s ANDA injection product prior the expiration of three patents and it infringe on three in force Genzyme patents. Genzyme has filled the petition in District Court of Delaware.

According to the Sanofi’s 2012 annual report, Mozobil contributed Euros 96 million to its revenues. The case has lead to fall in the share price for DRL.

A case had been filed on Myriad Genetics by the Invitae Corporation in...

A decision taken by US District Court in the Northern District of California...